BREAKFAST CEREALS MADE IN SWITZERLAND

Bossy Cereals it is over a century and a half of excellence in transforming cereals. Bossy cereals has succeeded in creating new techniques and mordernizing its production to offer original cereal mixes.

Bossy Cereals responds to the ever growing consumer needs by being more and more responsible. Always innovating and looking for new products, Bossy Cereals can count on the skills of a loyal team of professionnals.

The mill was founded by the Bossy family in 1852 to collect wheat from local farmers. 168 years later, they have maintained the same authentic quality combined with the latest technologies in their brand new factory

Even if the manufacture of the traditional Bircher Muesli has remained one of the company’s mainstay through the years, the company is constantly bringing innovation into their products, the last example being the oats revolution in the shape of the SHELLY’O recipe.

In the 1950s Bossy Cereals starts to specialise in Bircher Muesli. At the same time the company launches into baby food, polenta and porridge to diversify its production. Later in the 1980s the range expands with various breakfast cereals recipes, cornflakes, crispy flakes as well as couscous, bulgur wheat, instant soups and chocolate based products. The company currently distributes under its own brand as well as offering their know-how to Swiss supermarket chains such as Coop and Migros.

The entire supply chain complies with the highest internationl quality and safety standards. To this effect Bossy Cereals is certified FSSC 22000. 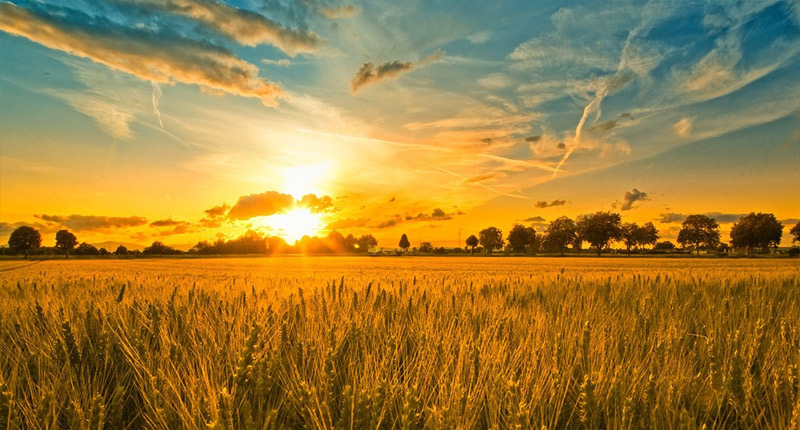 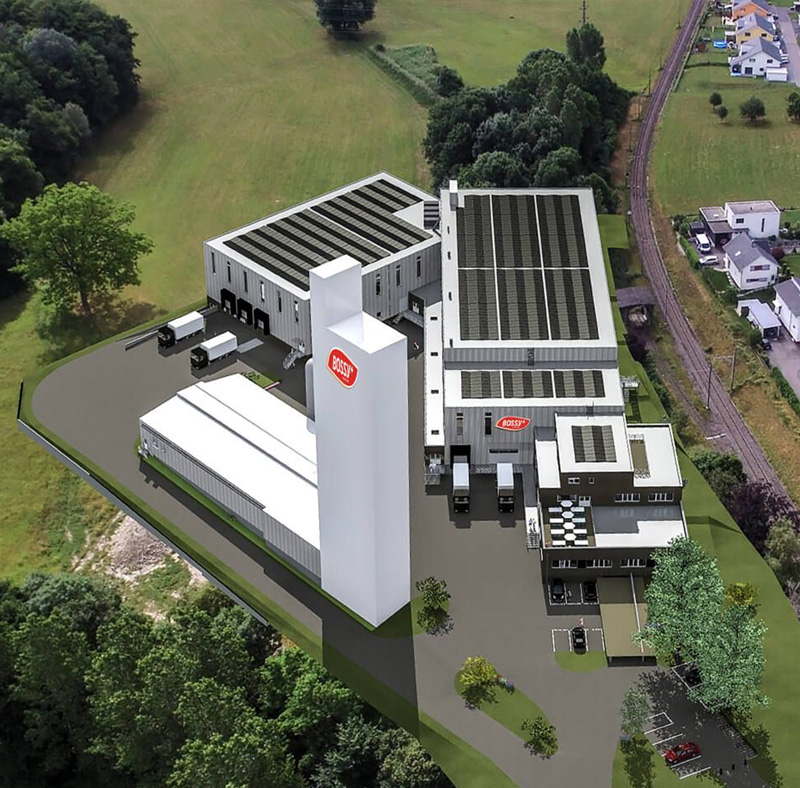 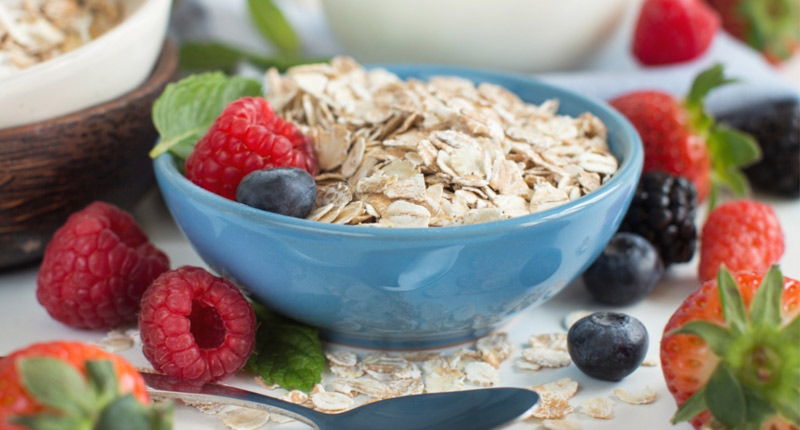 In 1996 Simon-Pierre Kerbage takes over the company and gives it a new impetus by creating new ranges of innovating products and investing in a production tool. Given the ever growing customer demand for organic and healthier products, he develops an organic cereals range from wheat, bulgur wheat, oats, barley and rice. With these new ranges, the company is granted the Bio Swiss Bud label. 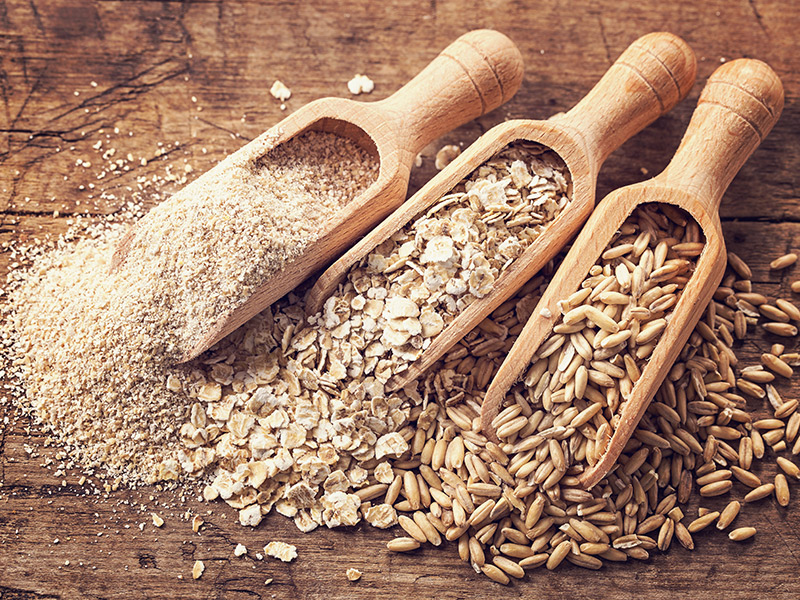 Wheat, oats, barley and rice are the main ingredients in Bossy Cereals’ success combined with a long established know-how and its production technology. To ensure the highest quality and bring out all the flavours and crispiness from their cereals, the company has never stopped investing in modernizing their facilities. Their extrusion systems for example are some of the most efficient in the European industry. Not leaving anything to chance, Bossy oversees the overall manufacturing process from raw materials deliveries to packaging. Very few of their competitors today offer production lines capable of ensuring full traceability and provide this autonomy while keeping the nutritive values of each cereal in the final products.

Bossy Cereals’ product range not only covers a wide variety of cereals but they also target every consumer.

Breakfast being the most important meal of the day, it is important to start the day in the best condition with the creative and high quality products from Bossy.

With our cereals, reinvent your breakfast everyday. 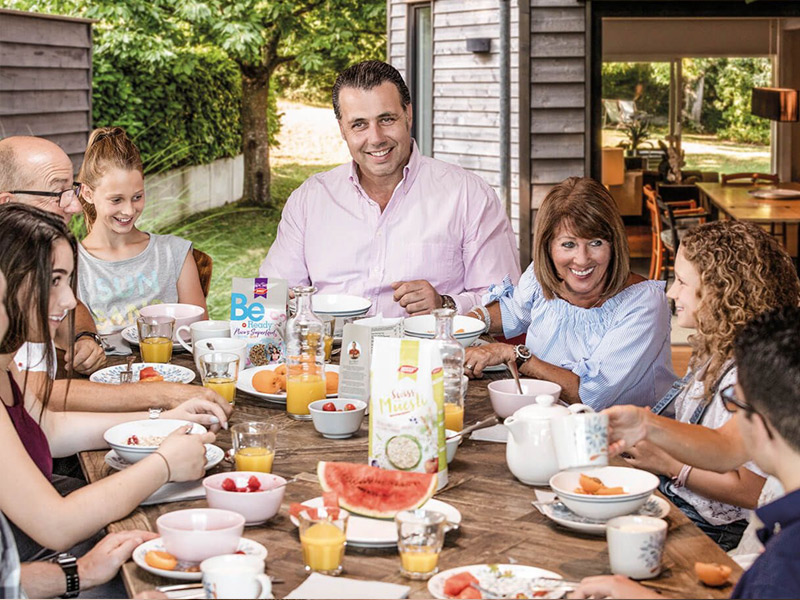 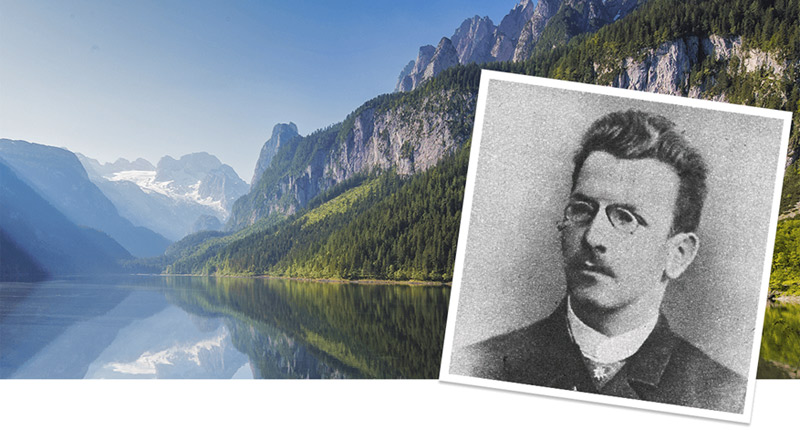 Muesli is one of the very rare swiss german word to have fallen unchanged into common language. A blend of oat flakes, grains and various dried fruit pieces, it has sustained international success for alsmost 50 years. Muesli however is only one aspect of the Swiss way to healthy living. Other exist as shows Bossy Cereals product range.

Even the traditional Bircher Muesli has been recently improved with the addition of cornflakes bringing some lightness to its crispy taste.

Most of the products are issued from organic farming and have been developed to respond to current trends. Many competitors have been focusing on volumes but at Bossy Cereals, Made in Switzerland and quality are the most important. 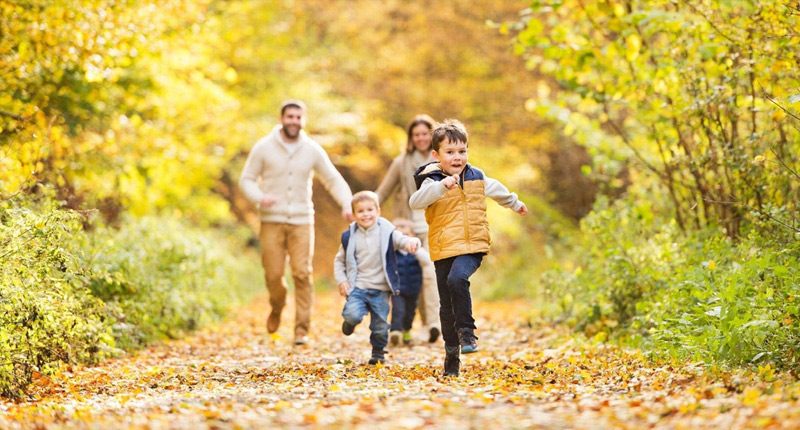 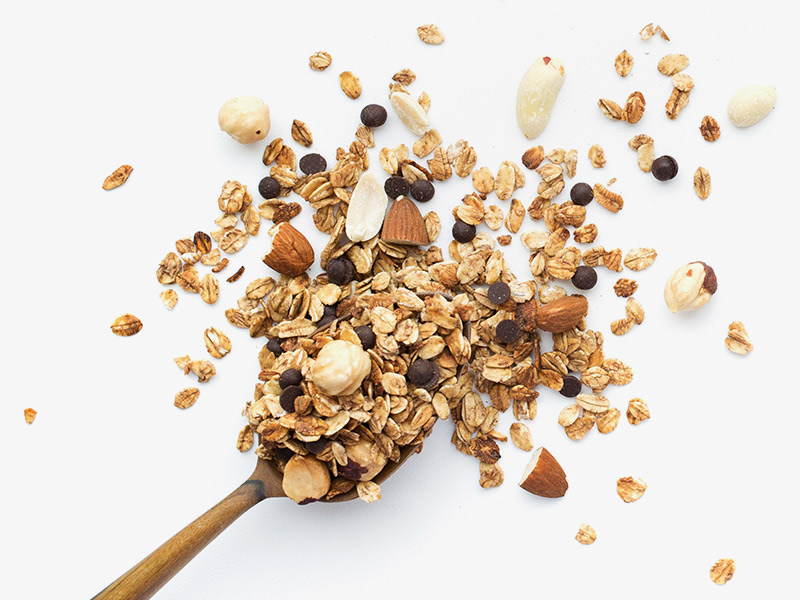 CONCERNS FOR OUR FUTURE AND HEALTH

The company is well known for they proactive approach and for selling products as natural and healthy as possible. Among their customers the main food retailers as well as hospitals, retirement homes and other actors from the food industry. As well as supplying the French, Belgian and German markets and consolidating their place in Europe, the company is now growing outside the boundaries of the old continent.

For the last decade, the progressive introduction of health products is mainly due to Research and Development (R&D) incorporating a creative streak based on scientific facts.

Today Bossy contributes positively to its customers physical and mental health offering 168 years of expertise. During all those years, the company efforts have never diminished.

Our internal reasearch has contributed not only to creating new products but his also the basis of our future.

A YOUNG HISTORY
DATING BACK 166 YEARS!

Bossy Cereals founded a mill in Cousset to collect wheat from farmers in the Fribourg and Payerne region to make bread flour. A very early commitment to local farming!

A grain silo is built capable of stocking up to 2000 tons of cereals. This new silo allows to keep mandatory stocks and have some leeway in stocking capacity.

The manufacturing of birchermuesli and soup starts. Alongside a new factory is built dedicated to livestock compound feed.

Following their investment in an automated line for cereal mixes, Bossy Cereals is the first to bring to Swiss breakfast tables the blend of fruit and cereals from the original muesli recipe.

Always looking for industrial innovations and listening to the consumers tastes, Bossy Cereals installs a new line to expand their processed cereal range and bring some "crispiness" to our day to day lives.

The ready-to-eat cereals market share is booming. Bossy Cereals invests in a second line and blows a wind of novelty to breakfast recipes.

The new oven, unique to Switzerland, is installed so that Bossy Cereals can improve the manufacture of their flakes and increase considerably the hourly production rate of their extrusion production lines.

Convinced of the nutritious value of their recipes, Bossy Cereals adds a new baking line to produce granolas, blends with a lot of fruit and vegan recipes, to attract customers looking for authenticity and natural products. 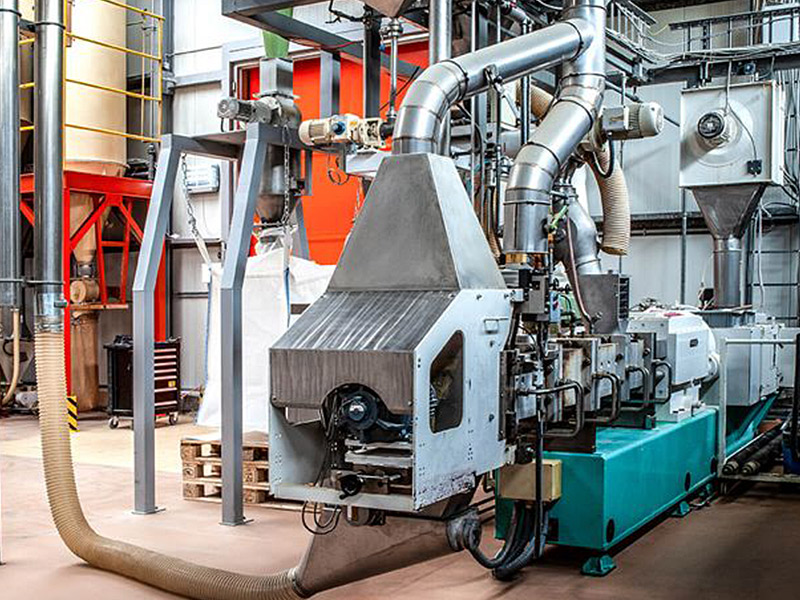 The company also offers products under the Bio Suisse "Bud" label. Except for dried raisins, oats and durum wheat which are not found in sufficient quantity and quality in Switzerland, we only buy locally grown grains. Our common wheat is 100% regional. "Unlike some major international brands, our local products, grown by local farmers contain less sugars and less added ingredients and are more ethical.

Check out our CertificationsWhat is YUKA?

Subscribe to our newsletter to keep up to date with our latest news.